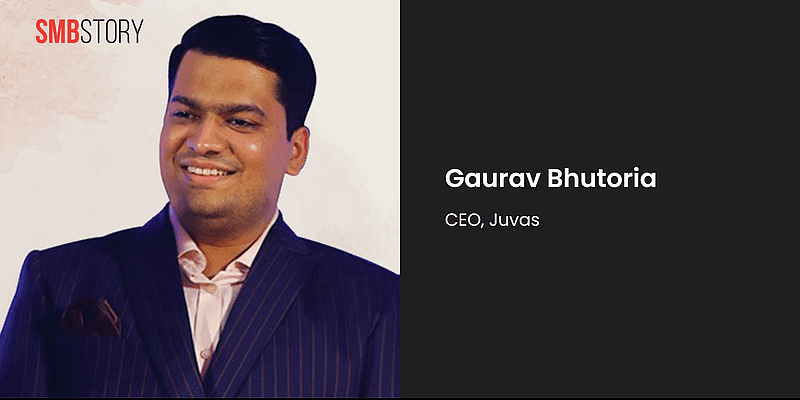 The COVID-19 pandemic has pushed several businesses online. This is true even for the consumer electrical industry, which has seen players such as Crompton Greaves, Keltron, Usha International and Onida report an increase in sales, thanks to the rise of e-commerce.

In this context, SMBStory spoke to the founder of the Kolkata-based electricity company The founder of Juvas, Gaurav Bhutoria.

Gaurav, who is also the CEO of the company, explains how Juvas embraced e-commerce amid the pandemic.

At the start of Juvas, Gaurav was not enthusiastic about exploring e-commerce, mainly due to the nature of the ecosystem. Until 2020, the company operated using its network of 20,000 distributors, resellers and retailers.

“I didn’t focus on e-commerce because in our business, people prefer to touch and feel the product before buying it. However, COVID-19 has proven that it is a necessity now,” he says.

However, during the pandemic, Gaurav had to list Juvas on Amazon, Flipkart, and business-to-business (B2B) e-commerce platform Udaan. The founder also adds that the last year and a half has been difficult because “working from home has never been part of our culture”.

Gaurav says the company also hired interns during this time. “We realized that there were several young people who were sitting at home. So we hired them as interns to work on our digital strategy.

The COVID-19 pandemic has also seen several trends emerge. While demand for some products has increased, others have taken a hit.

Gaurav points out that the demand for products such as fans has increased while sales of goods such as wires and cables, which have industrial and construction uses, have shrunk to almost zero as production and other related activities have been completely stopped.

“We also have several hospitals and government agencies among our customers. Since they were performing well during COVID-19, we were able to compensate for the losses,” Gaurav said.

Gaurav comes from a traditional business class family. His grandfather, Chand Bhutoria, started a capacitor distribution company in 1971. Gaurav’s father, Sanjay Bhutoria, later joined the company and expanded its operations. It was then that the company became the official distributor of major players such as Havels and Polycab.

When Gaurav joined the company about 10 years ago after completing his studies, he realized that the company was already “well structured” and that the processes were “well managed”.

“For a month, I had nothing to do, but then I was asked to find gaps within the company and also find something Creative,” he says SMBStory.

This turned out to be a turning point for him.

“After brainstorming, I realized that with the network of distributors we have and our research team, we can actually offer our own product,” says Gaurav.

This is how the idea of ​​Juvas germinated. Gaurav recalls that bringing about these changes within the company has not been easy.

“Looking at the big brands, I always felt compelled to invest in machinery, technology and more, but it took a while to get approval from senior management.” The team has also invested in adding machinery to the company’s unit in Kolkata.

Gaurav also adds that the company has developed its own CRM software and integrated Salesforce into its system. “My dad was open to new approaches and that really helped.”

Gaurav says Juvas grew from more than 20% each year, but refuses to give actual numbers.

Going forward, Gaurav says he doesn’t plan to open an e-commerce store and wants to focus on building his presence in online marketplaces.

“Our current revenue from e-commerce platforms is around Rs 4 crore per year. We plan to increase this to Rs 6 crore by the end of this year.

Regarding its offline business, Gaurav says infrastructure and other development activities will drive demand for other products, especially wire ropes.